Travelling alone brings additional risks for workers: so who is ensuring their safety overseas? 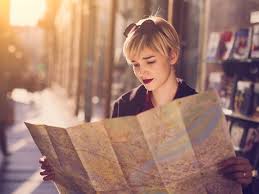 Whatever the job role in whatever industry, lone working presents its own particular risks. But when overseas travel or trips to unfamiliar locations are thrown into the mix, the list of potential hazards skyrockets.

Political instability, terrorism and kidnap threats, language barriers, jet lag and the increased potential of being targeted by criminals attracted to expensive devices, valuables and cash undoubtedly being carried are just some of the additional hazards that need to be considered.

Employers often overlook the fact that the safety of their staff is still their responsibility, whatever far-flung corner of the world they may be in. Just because it is hard to manage, doesn’t mean we shouldn’t try.

So, as an employer sending a lone worker abroad on behalf of your company, can you say you’ve really done everything you can to keep them safe?

That is the question being posed by security and safety expert, Chris Phillips, whose 30-year career as a Police Officer provided the foundations for his world-recognised and respected company, the International Protect and Prepare Security Office (IPPSO).

As a trusted expert who travels the world representing the UK Government as a Counter Terrorism expert whilst advising many Blue Chip companies – including Honda UK, Marks & Spencer and 3M on all matters of security – Chris dedicates much of his time to educating organisations and businesses about their responsibilities when it comes to sending staff travelling for work.

He says: “I am particularly interested in the issues that arise for people travelling from the perspective of security, policing, counter terrorism and an employers’ Duty of Care to their staff.

“You may have a member of staff travelling somewhere they are unfamiliar within the UK or overseas, so which hotel are they booking? How are they travelling there? Would you even know which city they are in?”

“People are travelling around the country and the world, and the company they represent is responsible for them.”

“Let’s take the example of somebody being sent to Paris for a week. Whilst they are staying there, there is a riot. How soon would that company know? And what policies does that company have to get them out of there safely?

Chris believes that a lot of this comes down to planning and preparation. And all of that starts with risk assessments that take into account the task that people are being sent out to do, the country and environment they are travelling in and the people they are likely to come into contact with.

“Who is doing the risk assessments? Who is actually making sure they stay safe whilst they are there?”

Chris admits there is still somewhat of a ‘grey area’ over where Duty of Care starts and ends for lone workers in general and especially when people travel outside of the UK – but he believes full responsibility falls on the shoulders of employers if workers are travelling on their behalf.

He says: “These days, pretty much everybody is a lone worker, with lone workers coming from all industries. If companies are sending their workers travelling, whether it be in the UK or overseas, then it is their responsibility to keep them safe.”

“That doesn’t just include booking the hotels, it includes flights, getting to and from airports, how and where they will be travelling around when they get there, paying for taxi fares and meal arrangements, for example.”

Chris reveals shocking statistics relating to the number of British citizens kidnapped overseas each year to truly drive home his point that thorough risk assessments and security profiles of each location being visited by workers are paramount to protect their safety whilst they are there.

“The fact is that there are 300-400 British citizens taken hostage or kidnapped around the world every year,” he says. “Companies need to be aware of the security risks of anywhere and everywhere they are sending their staff.”

“Do people actually look at the risk profiles of the cities and countries they are sending their workers to?”

“Companies should have a travel policy in place for UK travel and then individual risk assessments for overseas trips which take into account the countries and risks that staff are being asked to visit. The risk profile in Cairo would be very different to that of Copenhagen, for example.”

Chris’ emphasis on the security of lone workers whilst they travel also extends to the increased risk of online fraud and data theft without proper staff training before they travel.

He says: “When people travel, they will probably be carrying expensive laptops and talking on company mobile phones. As well as the fact that they are more of a target because of these valuables, there is also an increased online security risk when they are talking loudly into their mobile phones back to their bosses in the UK or using insecure Wi-Fi connections.”

“If I was a criminal interested in information from a certain company and discovered that a member of staff was travelling abroad for research and using internet cafes, talking loudly over phones, it could be quite easy to get confidential data.

“It is about companies and workers understanding online security and doing everything they can to avoid putting company information at risk.”

It is clear from what Chris says that organisations do need to take these risks seriously. And talking to lone workers who do a lot of business travel, it is apparent that for many, it is a concern that is never far from their minds.

So, whether your staff are travelling to far flung places or to cities and towns within the UK, it certainly makes sense to do all you can to reduce the risks and protect both them and your business.

Chris Phillips will be delivering a session during the morning our our conference on the 15th October. If you want to learn more about this important topic, book your place at the Lone Worker Safety Event Conference before all the places run out.