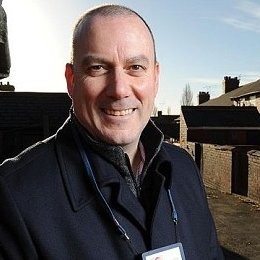 As the influence of technology in the lone worker sector grows, what challenges can employers expect when integrating solutions into their organisations? Ahead of his presentation at this year’s Lone Worker Safety Expo, Mark Glover spoke to Craig Swallow, MD at SoloProtect, about this and other barriers holding back the industry.

In the 1980s, a long time before apps and iPads, the Psion Organiser was the gadget to have. Storing addresses and an electronic diary it’s since been revered as the world’s first Personal Digital Assistant. The British company that designed it – Psion – are seen as innovators in the digital world.

Craig Swallow worked at Psion for a number of years, and now at SoloProtect, that thread of innovation continues although the focus is now on people and keeping them safe. “I’m in my fifties now,” he tells me over the phone, “and have always been involved with technology. This market is the only market I’ve been in, where we apply technology to reduce risk and at the end of the day save lives,” he pauses slightly, “and that gives us all a great feeling.”

SoloProtect are based in Sheffield but also have arms across Europe and the US and Canada. Their global reach absorbs much knowledge and their products have come a long way since Identicom, the discreet mobile communications device developed in 2003 with the company’s inception. Apps and smartwatches are now part of the range, yet Craig is adamant to keep on innovating. “We’ve invested millions – literally millions – in new product development,” he says passionately.

“Getting into and improving location technologies, sharing videos from incidents, as well as audio. Being able to push risk-related messaging back out to our users based on their geography is another point of focus for us. These are all new areas that we’re innovating at the moment.”

Craig, along with Will Murray from Send for Help Group, is presenting a workshop at this year’s Lone Worker Safety Expo on the process of procuring a lone worker solution. Elaborating on the topic, Craig suggests to me that once a technology solution has been introduced, the challenge remains in fully absorbing the system into an organisation’s framework. “With the vast majority of firms that we engage with, the biggest challenge that they face is getting staff to use the system that has been provided to them,” he explains. “It requires a very concerted top-to-bottom approach from an employer’s perspective so that every stakeholder in the business buys into that and understands what’s expected of them.”

I put to Craig that health and safety engagement (which incorporates lone working risk-management) still requires board-level buy-in, and should be viewed as a strategic decision. His response is an encouraging one: “I would say employers are getting better with this. I would say the c-suite has become more aware and I think that’s because they’ve better understood the personal impact to them if they have a high-profile incident.”

However, he says issues surface when the agreed solution is communicated to other employees. “The bigger challenge is when it filters down to the direct-lines of management who have responsibilities for the lone workers,” he says. “Often they’re the ones that are left to manage the topic and they perhaps don’t quite understand what’s in it for them, when they’re also having to manage other KPIs and responsibilities.”

Craig makes a valid point here: health and safety duties are often picked-up by staff whose focus could be security, facilities; even HR and this becomes further diluted when introducing a lone worker solution into the fold. “Finding and making sure that someone has the lead on this topic, and takes responsibility for leading on the topic is all important,” Craig continues. “From an employer’s perspective, it [lone working] is like a jigsaw; trying to piece together the over-arching picture that they’ve got in respect of risk. Employers have to try and pull the facts together from across the business, so collaboration is very important.”

A passionate man and someone who – as this piece shows – strives for innovation, he admits questioning the speed at which the sector has progressed. “I’ve been kind of critical of our industry over the last couple of years. Solutions that are available today are largely the same as what they were five, six, even seven years ago,” he says “I think there’s not been enough innovation in our industry and that’s something that we are hellbent on changing.

You can see Craig’s workshop at this year’s Lone Worker Safety Expo by registering for the event here.